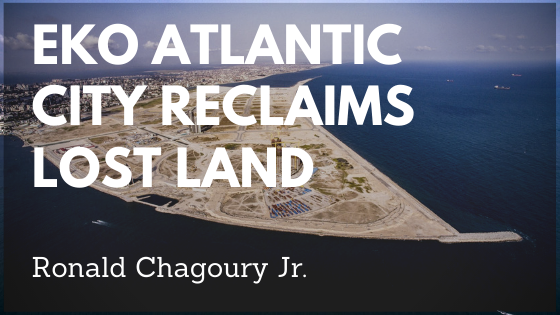 The developer South Energyx Nigeria has recently announced that Eko Atlantic City has been able to reclaim 65% of their land that was lost during a coastal erosion. David Frame, the managing director, went on a city tour and shared how a sustainable solution to the consistent loss of land needed urgent attention that was from South Energyx and Royal Haskoning. Davis believes there was a need for the land to be reclaimed since it was lost to 100 years of coastal erosion and erecting a sea revetment. The designs and testing of a sea wall, which could stand some of the worst storms, were recently tested to its limits at the Danish Hydraulic Institute in Copenhagen.

The rock moles’ construction caused the initial interruption to the littoral drift from the Port of Lagos. Before the moles were even built, large vessels that deliver products and goods to Lagos were required to drop anchor a short distance offshore due to the Commodore Channel’s shallow waters. Essentially this channel is what led to the existing Port in Lagos. David said the only way to enhance the delivery of goods to the Lagos Port would be by using smaller vessels to dispatch where the large vessels are offshore.

To improve access to the previously known Port of Lagos, Marine engineers built the East and West Moles  in 1905 and was finished in 1912. This then prompted the Commodore Channel, which allowed larger trade ships to enter and exit the Port freely. The volume of trade increased because of this extension, making the Port of Lagos one of Africa’s major economies.

As of right now, Eko Atlantic City will be providing apartments, offices, hotels, large shopping malls, electric-powered buses, water transport, and much more. The city’s current population is 500,000, which counts for the 300,000 residents and 200,000 working people and visiting the City. A hospital that can cater to all medical needs and educational facilities is currently in the works. It’s projected that Eko Atlantic City will be fully up and running as an operation within the next five years.