Everything to Know about Eko Atlantic City 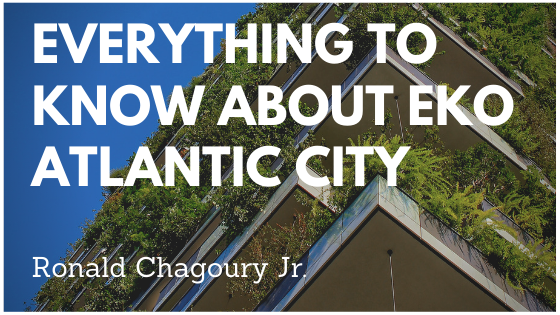 Located in Lagos, Eko Atlantic City is known as one of the fastest-growing megacities worldwide. The city is constructed on land that was reclaimed along the Atlantic ocean. In 1905 people noticed how the area’s commodore channel was so shallow that there were difficulties delivering cargo to the Lagos port. Essentially, Eko Atlantic City is designed to help the erosion of the Lagos City coastline. Let’s take a look at a few features that make Eko Atlantic City unique in different ways.

The city has planned a road structure that will include fifteen bridges and an 8-lane boulevard. You will see at least 250,000 trees that will grow in a local tree nursery along the streets. There will also be overheads along the sidewalks to shelter people from rain and shine. The cities water supply is clean with designs that include a proper drain and waste system. There will be a canal system in the middle of the city that uses top-tier technology to help stormwater flow into the drainage system and avoid any large floods.

Out of This World Utilities

Eko Atlantic City will be equipped with a power generating plant that will provide non-stop electricity over the city at all times. The plant will also be home to the oil and gas used by residents. Since Eko Atlantic is a smart city, it will not be included in the national grid instead of its city-wide network. There are many plans for a tech village, schools for all ages, healthcare facilities, shopping centers, and much more.

With high hopes of being a city of the future, Eko Atlantic City plans to create a railway to accommodate electric-powered buses. The plan is to have a bus station in the middle of the city where buses can return to the end of the night for a recharge. The city also has plans to utilize the Lagos waster transportation system. They will use water taxis to help people get to places faster by avoiding the roads.

There will be security cameras all around the city that connect to the fibre optic network. Eko Atlantic City has six entrances that will be secured by a mobile patrol system used within the city. Whether it’s business or residential, every single street will be monitored with 24/7 security to keep everyone as safe as possible.